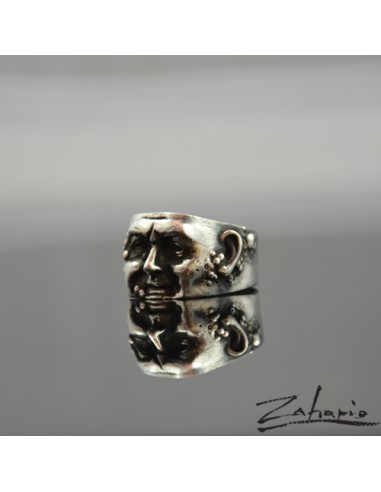 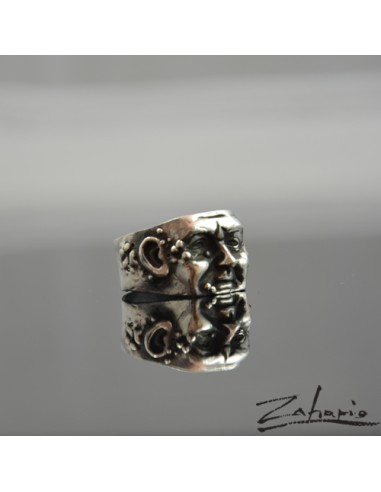 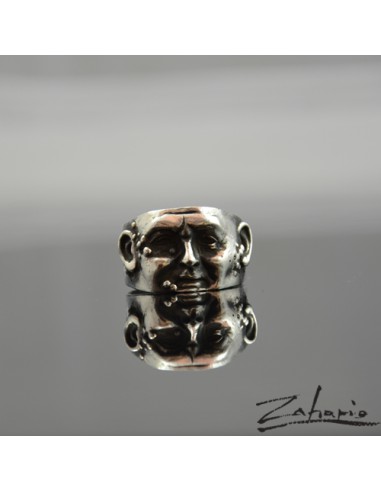 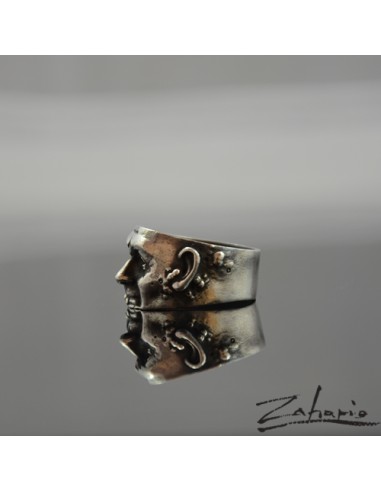 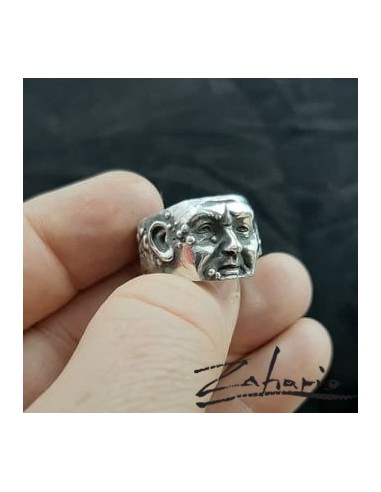 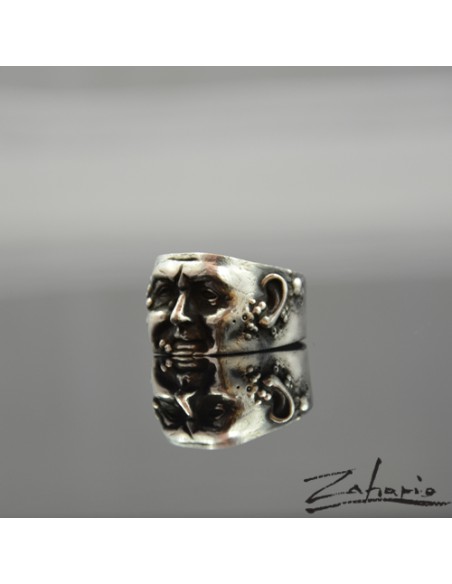 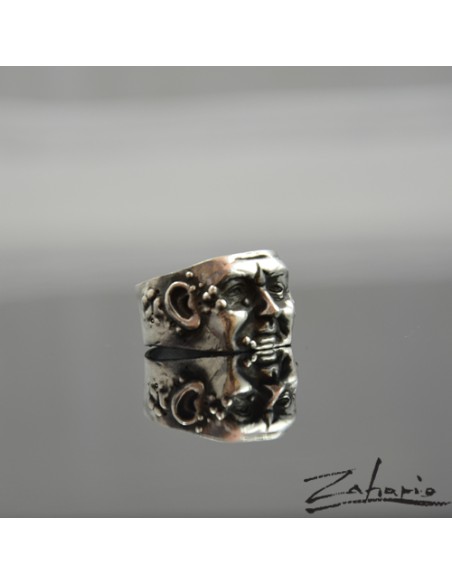 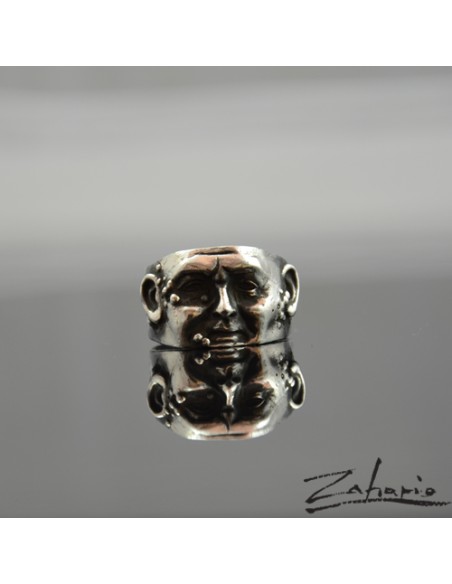 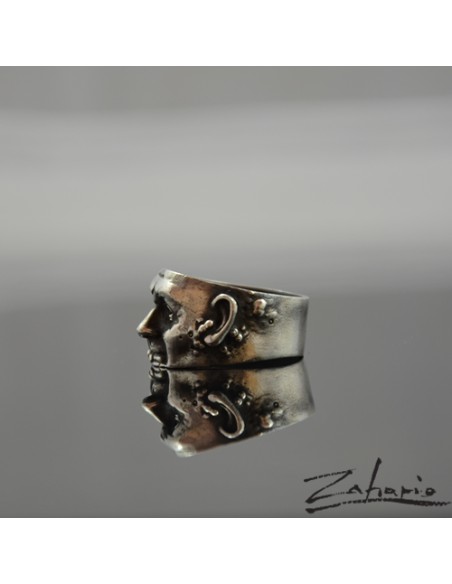 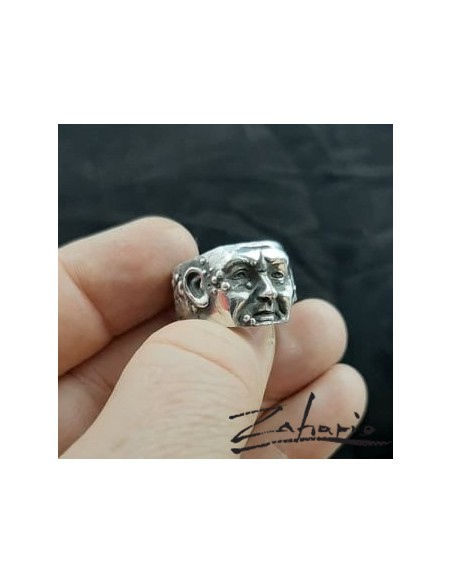 Plague Ring - one of the Four Horsemen of the Apocalypse - artistic jewelry for hard times. Plague - a ring made of silver, inspired by the Apocalypse of St. John and current events. Author's jewelry from Zahario.

Plague silver ring by Zahario, symbolizing one of the Four Horsemen of the Apocalypse of St. John. They are harbingers of the end of the present world, symbolizing suffering, doom and the imminent Last Judgment.


Pestilence silver ring by Zahario, symbolizing one of the Four Horsemen of St. John's Apocalypse. They are the harbingers of the end of the present world, symbolizing suffering, annihilation and the imminent Last Judgment.

The ring depicts the face of an ordinary person - modern, even common. However, the face - similar to the one you see every day in the mirror - is covered with ulcers and growths. They twist the features, turning a somewhat cunning smile into a grimace.

We die without even noticing it.We slowly die to the end holding the shopping cart.We stand with a thousand other drivers in a traffic jam to the end of the world. The silver man whose head has been carved on the ring cannot feel the changes taking place on his body, but the Blight is already inside him.

The Blight ring has been perfectly sculpted in silver. Every detail, bump, and wrinkle has been exquisitely crafted under a magnifying glass. It is the first of the rings symbolizing the Four Horsemen of the Apocalypse. After Immediately will come War, Famine and Death. Their artistic representations were made in the Zahario workshop in Olsztyn.

For a man who has the courage to look into the disturbing future and say "No. I will not give up", or "Yes. Thy will be done". The silver ring is a symbol of conscious people, who see the harbingers of impending disaster. Powerful and dark jewelry, talisman that will not protect against the inevitable.

The way it is made

The jewelry from Zahario is handmade in his workshop in Olsztyn. It is worth paying attention to the precisely elaborated details, which are made under a magnifying glass. There is a possibility of adjusting the jewelry on customer's request.

Author's Zahario jewelry is characterized by precision and artistry of making. There is no kitsch or exaltation in it, instead it is characterized by a huge dose of fantasy up to madness. It is full of symbols, oddities, creatures - as if from a dream or a poem.

It is also a deep reflection on life, transience, and the experiences that shape man. Each Zahario work should be treated as a metaphor.

Dimensions given may be subject to slight changes due to the individual performance of each piece.

There is a possibility of adjusting the jewelry on request

Each order is sent in an elegant package